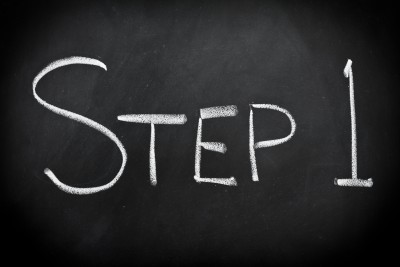 The first step of a Twelve Step Program states “We admitted we were powerless over fill in the blank and our lives have become unmanageable.”

Many at their first meeting find this step hard to swallow. First, they are put off by the word, “powerless.” Nobody wants to believe they are powerless. You come to a twelve step program to become “powerful” over your addition. You are at the end of the road and ready to take your recovery by storm. Then the first thing you are told is you are powerless and you must surrender. Surrender? Doesn’t that mean giving up? The second word people are thrown by is “unmanageable.” “My life is not unmanageable!” You might think. “I have kids, a nice spouse, a good job. It’s just this drinking problem I need to get a grip on.”

To clarify let’s look as some definitions. Powerless is defined as lacking authority, strength or capacity to act; helpless and totally ineffectual. Unmanageable is defined as difficult or impossible to manage; not submitting to discipline, unruly.

The AA big book (the AA bible) is filled with stories written by early members that describe the powerlessness of addiction better than I ever could in a simple blog. But to see powerlessness first hand, you may need to look no further than your own family, workplace or community. You have likely all met someone who has it all together, except… he drinks too much and gets weird; she is overweight and always talking about the next diet; or they are up to their eyeballs in credit card debt but still desperately try to keep up with the Jones. This folks, is the powerlessness and unmanageability of addiction.

I grew up in a big, Irish, Catholic family back east. I was the youngest grandchild and thus, had the benefit of knowing my uncles after they had joined AA and found recovery. And these guys were no slouches. There was a doctor, a lawyer, and a police chief in the mix. They all had families and were well-intentioned men. The malady they had in common… they were alcoholics. I remember to talking to my uncle, the doctor. He shared with me, “Amy, I was a celebrated war hero, I graduated medical school with honors. Don’t you think I tried to exert the same courage and determination in controlling my drinking. I did and failed miserably.” Being alcoholic robbed my uncle of his family. His first wife, who he described as the love of his life, left him and took their two children. He went on to remarry and have a second family and eventually find recovery, but he never got over it. As an active alcoholic, he was powerless over his addiction. He lacked the strength the capacity to act. And his life was unmanageable or impossible to manage. Thank God for The Twelve Steps and the second chance they offer all with addictive behaviors!