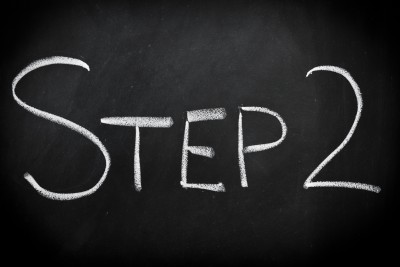 The second step of AA s is not easy.  Many people attend AA meetings daily for months before they are ready to attempt Step 2. This is ok, as long as you ‘keep going back’ eventually you will come to an understanding of this step.

It’s important to keep in mind that AA is a Spiritual Program and not a Religious Program.  Each individual person attending AA meetings and working the steps has their own personal concept of their Higher Power. It doesn’t matter who or what your Higher Power is as long as your ‘Power’ is greater than you are and loves and cares about you. Finding a power that’s greater than yourself may take a long time for some people but eventually something you read or something that’s said at a meeting will just click and ‘make sense’.

The Second Step comes easier to some than others. Many people know right away who their Higher Power is but have a hard time believing that their higher power would restore them to sanity and sound thinking again. This step takes a lot of soul searching and reflection but gets easier over time. Talking this step over with a sponsor or the group gives hope to anyone questioning whether or not it’s possible to have their sanity restored. Just remember to take these steps slow, there isn’t a time limit and you will get there.

Some people don’t believe that there is a power greater than them and that’s just the way it is.   Remember the first step though, admitting we are powerless over alcohol means alcohol is much stronger and more powerful than you are. So yes, there are things in life that have more power and are much more powerful than we are.

Take a good look around you at an AA meeting and think about how many people are there who have stayed sober and have found sobriety through AA for many years. This Higher Power concept has to work. They have already admitted they were powerless over alcohol so it has to be their individual higher power that’s keeping them sober and from picking up that next drink.

Most addicts have been emotionally and spiritually broken for such a long time, it’s hard for them to believe it’s even possible to regain their sanity and get their life back. But they can and they will as long as they continue to come back, attend meetings, and listen. Many people have said that when they least expected it the higher power thing finally made sense…….So they finally…..Came to believe that a Power greater than them self could restore them to sanity.