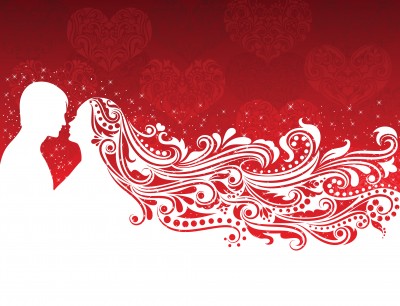 22 Aug Still Thinking About Him? What It Could Be?

Have you fantasized about what it would be like to be with your ex?  I think we’ve all had that thought.  Some more than others.  Yes folks..it’s a fantasy.  There’s a reason why it didn’t work out.  Maybe it’s hard to see now, but give it time.  You may come up with reasons after you read this blog.

Fantasy is powerful.  We use it to arouse ourselves, to escape, to dream, to feel powerful and ultimately to feel free.  I love fantasy and I think it can be used to support our life in a healthy way.  However, you can use fantasy to escape from your daily mundane activities, boredom or stress.  You may think life looks greener on the other side.  You have to ask yourself…what am I running away from?  What causes me to feel unhappy in my current life and relationships?  Am I struggling with depression?  Am I struggling with getting close to my current relationship?

The other guy will always look and feel better.  It will always be this way.  Just like desiring straight hair, versus accepting you have curly hair.  You’ll never be satisfied until you acknowledge what you’re grateful for. If something isn’t working, identify what it is and begin to understand what you are doing to block joy from your life.  When you can answer this question, with the help of others or through your own journey, you will automatically decide what relationships and actions are important to pursue or to leave.

I’ll share a true story.  I’ve changed the names to protect the identities.

Megan had a best friend, John, who was her friend in college.  They were friends for 4 years.  John was dependable and would always come to see Megan if she called.  John dated many women and Megan had a boyfriend.  They called themselves friends, though there was a sexual attraction.  They actually had sex one night after getting drunk and vowed to never tell anyone.  They both pretended that it never happened and moved on with their life as friends.

Megan began to depend on John often for emotional support.  She would call on him to talk about any problems she was going through with family or her boyfriend.  She loved him.  John cared for Megan and would always answer her calls and drive over in the middle of the night to comfort her.  Megan was scared to give up her boyfriend for him.  John was a womanizer and she didn’t expect he would ever change.

During the last year of college John stopped dating random women and decided to date one woman exclusively.  Megan wasn’t available.  He began dating Sarah.  Megan grew jealous and often would flirt aggressively with John, because she knew she was losing him to Sarah.

John and Sarah grew to be serious and they decided to get married.  Megan was sad, but came to accept she no longer had a hold on John.  She had lost her “best friend.”  The night before John’s marriage Megan stopped by to wish him best wishes.  They sat on the floor of his room and talked for quite a while.  She felt incredibly sad.  He approached her with a kiss and asked if they could have one last night together.  She couldn’t.  There was something inside that was telling her no.  She left that night and gave her final hug.

After that night, John never contacted Megan again.  He moved to another state shortly after the wedding.  Megan attempted to contact him numerous times and he never responded.  She fantasized about that night for years.  What if she pursued her desire to sleep with John?  She would have intrusive thoughts often of “what if.”  What if he was the man she should’ve been with?  She would torture herself with thoughts of regret.  She ended up marrying her boyfriend.  She loved him and he loved her.  She felt deep down she made the right choice.  However, she struggled with obsessive thoughts and fantasies of John and that night.

Megan knew she and John used each other for comfort and affection, but they had difficulty trusting each other.  They were playing out old patterns from their family systems.  Megan was best friends with her father who was a womanizer.  John had many similar qualities to her father.  John took care of his mother emotionally and repeated this pattern with Megan.  Megan knew deep down that their love was a dependency, not a love that could sustain time.  She used fantasy, the “what if,” about John to distract herself from her life and create distance from her husband.  She learned abut her patterns through therapy, which caused her fantasy obsession to reduce once she began to understand what John symbolized for her.

Do you have a lover from the past you can’t seem to shake?

Do you have thoughts of ‘what if’?

What pattern do you think you might be replaying in this obsession?

How does this fantasy keep you distracted?  Do you use it to cope with life?  In what way?