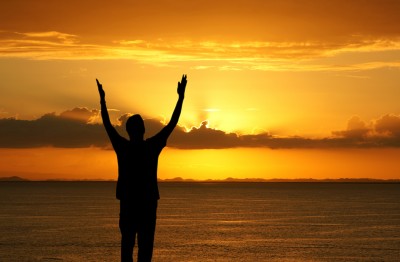 To be free from negative thinking would be a relief for a lot of people, but for some it seems like an insurmountable task to get there. People are not generally born with a negatively skewed view of themselves. if you have ever had a conversation with a toddler, they usually have a generally positive,granted overly so, view of themselves and the world. Then the negativity takes over. People hear negativity from their parents, siblings, teachers, peers, or any other influential people in their lives. The sad thing about this is that people learn this negative view of themselves by those that matter most in their lives . The good thing about thing about this is things that are learned generally learned can be unlearned.

Some habitually negative thinkers consider themselves to be “realists” when truthfully there is not much realistic about their thinking. I’ll give an example of an individual I know who recently missed passing a licensing exam by one point. She immediately said that it was because she wasn’t smart enough to pass and was a bad therapist. Now, licensing exams are extremely difficult and a large number of people don’t pass them the first time, or even the second. On a good day she may have been able to rationally see this, but not on this day. For some people they experience this feeling every day. They don’t see the test as an individual incident, but they see it as a reflection of themselves.

One way that I suggest that people begin on the journey to a more positive thought process is to start treating themselves the same way as someone they care about. If a

friend comes up to you upset because they gave a bad presentation, do you generally tell them it’s because they are stupid? i assume most of the time the answer is no. You provide them with kindness and support and perhaps some feedback on how to give a better presentation next time. Everyone has some room for improvement and if you’re busy telling yourself that you are not worthy of the time, then you are not giving yourself ample opportunity to do so.