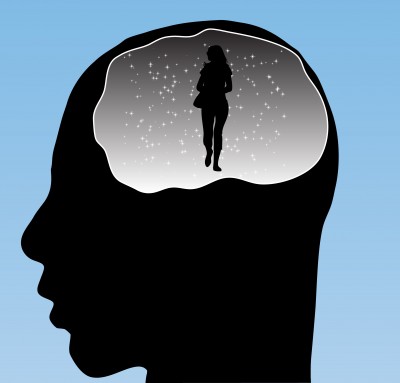 Recently Dr. David Ley has conducted interviews and wrote articles about his latest book, “The Myth of Sex Addiction,” due out March 2012.  He has made comments saying psychotherapists who treat sex addiction are trying to fill their pockets with money by making up a disorder that doesn’t exist.  I couldn’t believe what I was hearing. Here, he is promoting a book and his clinical practice countering a subject where he’s making money, and encouraging people not to seek help for a highly destructive compulsive behavior without any empirical evidence.  It made me question how much he knows about sexual compulsivity and the people who are affected.  He spent time criticizing clinicians and leaders in the field who have spent 20 to 30 years assessing, researching, and treating individuals affected by this behavior.

I agree we need more research on sexual compulsivity.  Why don’t we have more research on the subject? Research takes money.  My question is, who’s going to pay for it?  Most research is funded by prescription companies or special interest groups. Most prescription companies research the effects of drugs that help patients maintain erections, not getting people to reduce highly destructive compulsive behavior.  There has been some research for those in treatment, but again we’re working with a small selected group of people who have the means to pay for treatment. We’re not looking at individuals from all socioeconomic and diverse cultural backgrounds.

I agree with Dr. Ley, there are many people who don’t have the training or expertise to work with this behavior. Dr. Patrick Carnes created International Institute for Trauma and Addiction Professionals (IITAP) to provide tools for assessment and treatment to clinicians who are treating this population.  It is important to select a therapist who has a Ceritification in Sex Addiction Treatment (CSAT) in order to make sure you are working with someone who is trained in this treatment.  You can locate therapists from this site in your local area and from The Society for the Advancement of Sexual Health (SASH).

I agree with Dr. Ley, not everything we see on television or celebrities who have came forth, have sex addictions. There are specific criteria that must exist to identify sexual compulsivity.  Currently, sex addiction therapists use similar criteria as chemical dependency.  Dr. Carnes and others are advocating to have criteria we all can agree on. I think it’s just a matter of time before we have this criteria defined.

Even though Dr. Ley is making unsubstantial and blanket statments about therapists who treat sex addiction, I believe people will continue to come to treatment for this issue, because sexual compulsivity does exist.  Many clients come to me, because other therapists didn’t take them seriously by minimizing their pain, or not properly assessing them for other compulsive behaviors. Many of these individuals carry a large amount of shame and feel alone.

Individuals who struggle with sex addiction carry a large amount of shame and live in pain.  Many of my clients were neglected, sexually abused or were exposed to sex in early childhood. Their behaviors are highly compulsive and they are preoccupied with fantasy and escapism.  This behavior isn’t about sex.  These individuals are driven by fantasy, urges and cravings that allow them to escape or avoid pain.  Many of my clients have lost relationships, jobs, health, and their self-respect.

Dr. Ley argues that sex addicton doesn’t exist because it isn’t in the Diagnostic and Statistical Manual of Mental Disorders 4th Edition TR (DSM 4-TR).  Currently, obesity isn’t in the DSM 4-TR, but we know it exixts.  According to the Center for Diease Control a third of America’s population is obese.  And it hasn’t stopped people from seeking help for the issue.

Dr. Ley has no idea how damaging his actions are to people who are in a lot of pain.  And as clinicians one of our code of ethics is, do no harm.  It’s fine to disagree with something, but its another to tell people who are in pain that their symptoms don’t exist.  He says he believes people are in control of their sexual behavior, and lack of control doesn’t exist.  I disagree.  An individual with sexual compulsive behavior is caught up in fantasy and preoccupation acting out long before they actually have sex.  Sex addiction isn’t just about the act of sex, it’s about fantasy and escapism.  The preoccupation of fantasy changes these individuals’ physiology, urges and cravings become so strong and they are no longer present.  The focus is on the pursuit to act out, getting relief for a short period of time.

I don’t understand Dr. Ley’s  campaign against assessing, diagnosing and treating of sexual compulsive behavior. We know food, gambling, stealing, pathological spending, and workaholism do exist.  People enter treatment to get relief from these behaviors all the time.  It would be harmful for a therapist to hand Dr. Ley’s book to their client and say, “Your aliment doesn’t exist…read this book.” Yes…we need more research for all these issues. I don’t know about you, Dr. Ley, but I’m ready to get back to helping people heal, grow and change.  That’s the campaign I want to support.