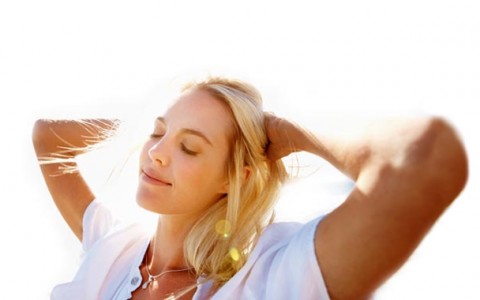 26 Nov Powerless and Unmanageable to Your Addiction? 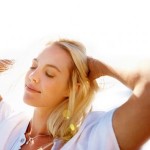 The first step of the 12-step program states, “We admitted we were powerless over sex and love addiction that our lives had become unmanageable.”  This step defines what it means to surrender.  One comes to the program with the a belief that something is going wrong in her life.  She sees what she is done to herself and others and is in disbelief of how her life has came to be in this state.  She sees the wreckage of her behavior and feels terrible shame and guilt.  Individuals have left her and others she’s pushed away.  She is in pain and wants help, but doesn’t know where to turn.

She enters a 12-step meeting for Sex and Love Addicts Anonymous.  She identifies as a new comer and isn’t sure if she belongs.  She scans the room of an all woman’s meeting.  All eyes fall on her with love and compassion.  She decides she will share, even after she had made up her mind she wasn’t going to.  Even her therapist encouraged her to go to a meeting and gave her permission not to speak if she didn’t want to.  She feels comfortable to share after hearing the bravery of other women’s shares.

She is given three minutes to share anything she likes, after hesitating to introduce herself as a love & sex addict.  She tells the group she has slept with her best friend’s boyfriend and everyone found out.  She informs the group that this isn’t the first time when she slept with a friend’s boyfriend, because she felt envious.  Tears fall from her eyes as she tells more of her story, which is full of continuous sexually acting out behavior, along with periods of no sexual contact with anyone.  She tells the group she’s not sure if she really has a problem, but she sees all the negative consequences of her behavior and can’t stop.  “This is a problem, right?” she asks the group.

After the meeting, several women approach her and tell her how they appreciate her share and appreciate she came to the meeting.  They encourage her to continue coming and to attend other meetings in the area to see what places are a good fit for her.  They give her some suggestions of meetings they like.  A woman from the meeting offers her a phone list and encourages her to make outreach calls.  The woman I described has taken her first step to surrender.  She is admitting she has engaged in acts of powerlessness and she sees her the damage her actions have created causing her like to be unmanageable.

After identifying a client’s sexually compulsive behavior, I will ask them to list 25 examples of powerlessness and 25 examples of unmanageability.  This is difficult for many to identify because there can be confusion about the meaning of these two words.  I define powerlessness as an energy that consumes one’s thoughts and behaviors, causing one to engage in behavior that causes harm to themselves and others.  Take the example listed above, this woman became over come with envy of her friend she made a decision to sleep with her boyfriend.  And she has made this decision many times before anytime she felt a negative feeling that was difficult to tolerate.  The examples of unmanageability would be the wreckage of the act of sleeping with her best friend’s boyfriend.  Her life became unmanageable because she lied and was deceptive to her friend.  She created a rift in their relationship.  She hurt her friend and cost a friendship.

I think it’s important to understand why you are sitting in the rooms of SLAA.  The 25 examples of both powerlessness and unmanageability allow you to clearly see there’s a problem, if you’re a sex and love addict.  I recommend you receive a thorough assessment before identifying as a sex and love addict.  I included some self-assessments and resources to help you determine if you need to get further help.  Please contact us if you liked to find out more about our services at 310-403-9147 or info@recoveryhelpnow.com.