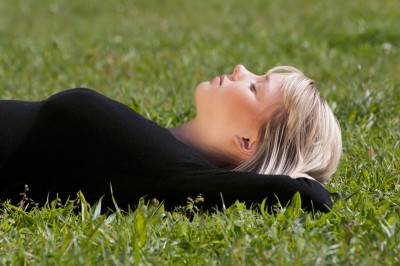 Marie asked me to tell her story.  I’ve changed her name for the purpose of this article.  Marie came from a middle class Christian family from the mid-west.  They appeared perfect on the outside, yet her family had many secrets. Marie was sexually abused multiple times before the age of 5 by various uncles.  Her father was sexually inapproriate with her and treated her like a surrogate wife.  Her mother had a serious mental illness and was often not available emotionally.  Her mother often beat her while her father was away at work.  As a young child, Marie used masturbation to comfort herself on a regular basis.

Family problems esculated in her family.  Her mother got sicker and wouldn’t take her medication.  Marie continued to be abused by her mother, and her father continued to use her as a best friend or confidant.  She began escaping into fantasies.  She would grow crushes on boys at school and pursue them.  At age 14 she had intercourse for the first time, which opened her life to promiscuity with boys at her school.  She projected fantasies onto boys with hopes that one of them would take her away from her family.  She had translated love for sex.  She became needy with most of the guys she dated and used sex to hold onto them.

Fighting continued between her parents and she made a plan to leave at the age of 18.  She got a job as a stripper and entered college. This is where her sexual behavior began to get out of control.  She used marjuana and alcohol to leave her body in order to give lap dances.  She made up rules for herself that she continued to break.  She acted out many of her sexual fantasies and put herself in high risk situation.  She couldn’t stop.  Even when she had the ability to get other jobs she continued because she loved the attention, escapism and validation, not to mention the money.

When she stopped stripping, after five years, she describes her experience as, “like getting off crack.”  She wasn’t a drug addict. She fought herself from cravings.  She continued to objectify men and women in every setting, spinning sexual fantasies in her mind. She wanted to flirt and intrigue with people with the hopes of sex.  She liked the strip club, because it was a controlled environment where she felt safe.  The outside world was different.  She wanted to avoid any situations where she could embarrass herself. She continued to compulsively masturbate and eventually she returned to engaging in anonymous and causal sex.

She tried to stop her behavior numerous time, but failed.  She felt her life was out of control and unmanageable. She spent excessive time preoccupied with obsessing, planning and carrying out plans to sexually act out.  She knew she had to change her entire life to stop her behavior.  She began seeking out programs on the internet.  She found Sex and Love Addicts Anonymous . She began attending meetings. She related to the stories of others in the program and she no longer left alone.  She began attending 12 step meetings regularly, got a sponsor and began working with me.