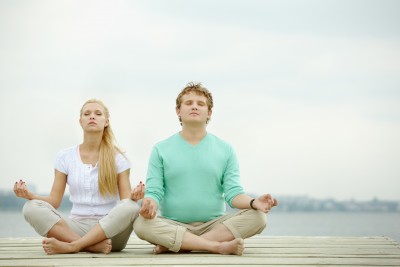 Independence is an important quality.  It’s important to have a since of self and have your own interests while being in a relationship.  It’s important to share, and to have your own.  I think it’s healthy to have a balance  between people and items you share and some that you have on your own, without secrecy.  When relationships have extremes, such as having worlds enmeshed or living completely separate, then you’re headed for trouble.

Milton was in a relationship for 5 years.  He had no friends of his own.  All his friends were developed through his relationship with his girlfriend, Sarah.  He did everything with her.  They lived together, and were talking about marriage.  He gave his paychecks over to her to pay bills and budget as she saw fit. He didn’t have hobbies and had no interests outside of the events Sarah organized.  She eventually grew tired of “taking care of him.”  She broke up with him, because she felt overwhelmed with all the responsibilities.  She wanted to date and have different experiences to see what she really wanted.  She broke up with Milton.  He never saw it coming.  His world was devastated.  Their worlds were intertwined and he couldn’t see how he was going to pick up the pieces.  His finances, friends, interests were gone, along with his relationship.  This was a devastating lost for his world.  He had nothing that was independent from his relationship that he owned or enjoyed.

Independence is declaring authority over your life.  This means not to give your life and control over to others.  No matter what happens in your life you are able to stay present.  Seeing your worth and not throwing it away to have others misuse or abuse you.  It’s important to have a healthy balance of seeing others’ point-a-view and still listen to your highest self.  This is difficult to determine if you’re under the influence of drugs and alcohol.  That’s why many people are asked to turn their will over and follow direction, until they can develop skills to understand what’s in their best interest.

How can you still have a healthy loving relationship, share and still have your own life?  What needs do you have that could be met by someone else in a healthy way?  I think it’s important to search out hobbies and interests.  What have you been thinking about for ages and haven’t seem to get around checking out?  What stops you from trying things, or going to a class you’ve always been interested in?  We want to hear from you.