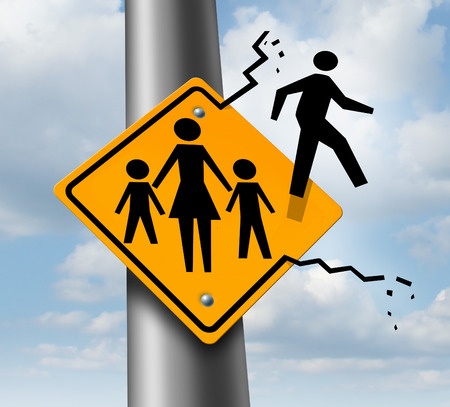 16 Jun Healing From An Abandoning Father

According to Lisa Mancini from her manuscript, “Father Absence and Its Effects on Daughters,” :

As the divorce rate in the United States climbs to nearly 50 percent, fathers seem to be disappearing from their daughter’s lives. Research shows that girls and young women who have an unstable father figure are more liable to unplanned pregnancy, low-self esteem, high school and college drop-out, poverty, divorce and sexually promiscuous behavior. This thesis examines the research linking father absence to daughter problems.

What’s your thoughts regarding Mancini’s thesis?  Do you think there is truth to her statement?

Sarah lived with both her parents.  Her mother was a stay at home mom and her father worked at an oil refinery.  He traveled a great deal for business and was rarely home.  Sarah’s mother struggled with mental illness (possibly untreated Bi-polar Disorder).  Her mother often experienced hallucinations and beat Sarah on occasion.  Sarah idealized her father and longed for him often when he was away.

Sarah continued living in this pattern until she was 16 years old and could no longer stay in the cycle of violence and abuse by her mother, and abandoning father.  She moved out of her parent’s home.  She learned to care for herself by prostituting and striping.  She only stayed in touch with her father, not her mother.  They talked like they were friends.  She told her father what she was doing for a living and her father had nothing to say, other than, “be careful”.  He ended up leaving her mother shortly after Sarah left.

Sarah couldn’t understand why her father waited to leave her mother, after she left.  She couldn’t help but think that he left, because he couldn’t endure the pain she tolerated for 16 years.  She felt hurt, angry and betrayed.

Sarah and I began working together to change the pattern.  She wanted to learn how to date, to eventually have a long lasting relationship.  She became aware of her pattern of attachment, which were enactments of the story of her abandoning father she idealized and longed for.  Once she was aware of the pattern, we approached dating from a totally different angle (than what she was accustomed to).  She followed a dating plan and learned ways to evaluate potential partners.  She stopped giving all her power away. She began to see her worth.  She didn’t have to accept crumbs.  She learned how to embrace and tolerate love from another person, without letting fear take over.