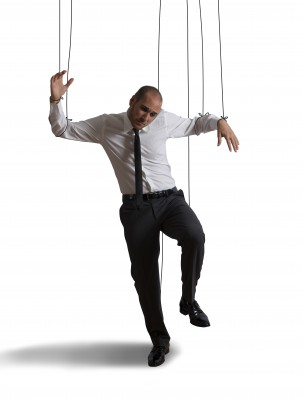 18 Jul Freedom from Negative Emotions and Thoughts: Don't Let Them Control You by Greg Binns, LMFT

The superstitious part of me thinks I’d be courting disaster in some way if I didn’t begin this blog by paying some kind of respect to the power and influence of negative thoughts and feelings. Whether I’m hedging against the next time I spend 3 days in a blue funk, only to end up remembering the words I’m about to write with chagrin, or whether I’ve developed a healthy suspicion of my own hubris, I can’t really tell you. Maybe I’m speaking from the sobering realization that, at the end of the day, I can’t outrun my own humanity. Mabye it’s a little of all of those that makes me want to clarify at the outset that I think that our susceptibilty to the influence of thoughts and emotions of all kinds – negative, positive, neutral, mixed – is precisely what it is to be alive and to be human. Right? We feel things, and feeling animates us and motivates us and lets us know what we value and gives us clues about navigating the world of other people – feelings matter. We think things, and our thoughts sound like someone talking to us; they keep us company, keep counsel with us, and tell us the story of our lives. They have a familiar tone and cadence, and the familiar feels reliable, and we like knowing what to expect.

So that’s where we start from – much more human than otherwise, to borrow a line from Harry Stack Sullivan. What I want to suggest is that not letting negative thoughts and feelings control you is really about getting out of the control racket altogether. Or as Judd Hirsch, as Dr. Berger in Ordinary People says to his new patient Timothy Hutton in their first meeting, “I’ll tell you something. I’ll be straight with you, ok? I’m not big on control.” “Control” seems like the right word to describe what if feels like to be beset by bad thoughts and bad feelings, to feel under the sway of that reflexive response of either knuckling under or fighting back. But I think this is one place where I’m not a big fan of reflexes.

What am I a fan of? I wish we had more time to talk about this. But let me give you a couple of ideas to play with and maybe we can take it up again in a future article. The first thing I want to suggest is that the starting point is remembering. Actually, let me put that a little differently, because when I look at my own experience of remembering, it has more the felt sense of being reminded. That is to say, when I’m successful at remembering something, what it feels like is that a friendly thought comes and reminds me. So the first suggestion I want to make is that you be reminded, the next time you’re laboring under the weight of some bad thoughts or bad feelings, that there’s an opportunity here to see something differently – an opportunity to wake up and step out of the control racket. See if you can reflect on that familiar feeling of being controlled by the worst parts of yourself, and use your recognition of that feeling, whenever it arises, as your reminder to be alert.

Once alert, call to mind the understanding that the bad thought that’s hurting you and the you that’s hurting are both you. If there’s a winner and a loser in this fight, you’re both of them. So we’re not going to settle this by fighting. Now here’s the key insight: that feeling of alterness that I mentioned above is bigger than the internal civil war. It’s bigger than the controller and the controlled, because it recognizes them both and recognizes their relationship to each other. It contains both sides. It’s aware of both sides. It embraces both sides, and when you identify, so to speak, with the awareness or the embrace, you’ve stepped out of the control racket.

Some of you might recognize that I’m trying to talk about mindfulness without actually using the word “mindfulness.” I mean, until now, obviously. But mindful awareness is exactly what I’m getting at here. And if these metaphors have been persuasive at all, it’s because mindfulness isn’t some Wonder Twin power that the Buddhists invented – it’s just a basic, though oft overlooked, human faculty. One that’s incredibly useful for making friends with yourself.